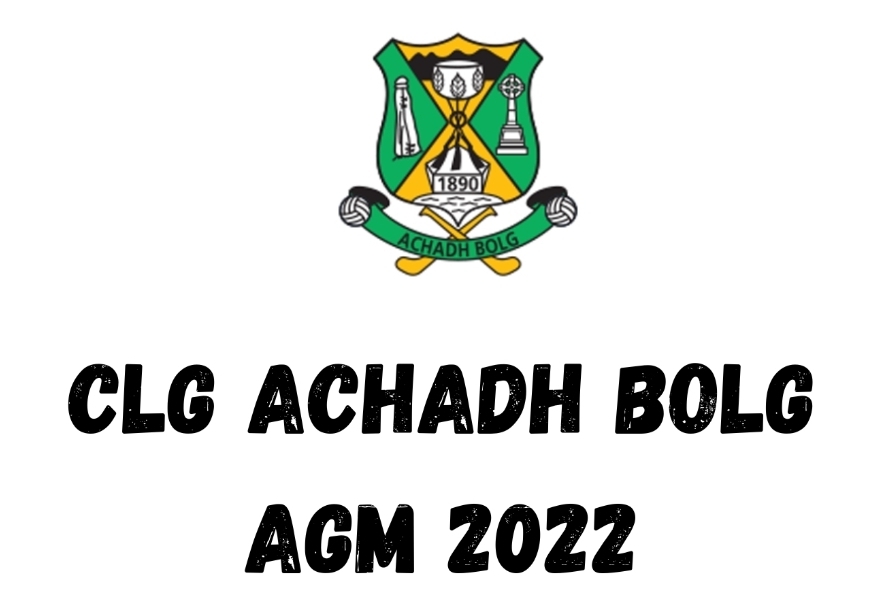 Published: about 1 month ago

Download our mobile app to hear more about Aghabullogue GAA.

Aghabullogue GAA held our AGM on Sunday 18th December. John (Jack) Nolan was elected President on a two year term & he takes over from Jerry Hubbard. Jack has been involved in the club for over 50 years & it was great to see his commitment honoured last night. John Hogan was elected as Chairman & he takes over from Denis Ring. John brings a huge club knowledge & experience, he's been involved nearly 40 years since he moved into the parish & it was great to see him step up last night to assume his new role. Ian Barry-Murphy was elected as Assistant Communications Officer & Ian brings a wealth of Snapchat & TikTok experience to the table.

This week's Pitch Sign comes from Ross Oil ŵho have been ...

A huge amount of people went online over the weekend. Tha...

If you have an annual ticket you can renew online, it's s...

Ireland Lights Up on GAA Walkway

Best of luck to Coachford NS teacher Mark Reen and his Ra...

Get live information for Club on the ClubZap App